As early as the 1910s and ’20s, attempts were underway to establish a “Museum for the tenth muse” but they were short-lived. In 1947 Sergej Eisenstein tried in vain to establish a film museum. In the 1960s the Association of Soviet Filmmakers began building a “Cinema Centre” as a film museum but it was not completed until 1987.

In 1984 the “Office for propaganda of film arts” opened a Museum Department. The Musey Kino grew out of this.

In 1988, Naum Kleiman was named Director of the Musey Kino, which was officially opened in the building of the Cinema Centre.

In 1992, the film museum was made into an independent federal organization. Since 2001 it has been a national museum.

In December 2005 the building of the Cinema Centre became the object of an opaque real estate deal. Having been the property of Association of Filmmakers, it was sold to a new owner whose identity had not been made public. The Musey Kino was evicted, no suitable replacement was offered. The museum, which comprises 450,000 objects and over 3000 celluloid films, was relocated to the storage facility of the Mosfilm Studio. The archivists have officers there, but it is not open to the public.

From 2006 until 2014, the Musey Kino organized exhibitions and screenings in various museums, cinemas and cultural institutions across Moscow. Attempts to find a new building have failed, despite international support.

In November 2014 Naum Kleiman was removed from his post as director. 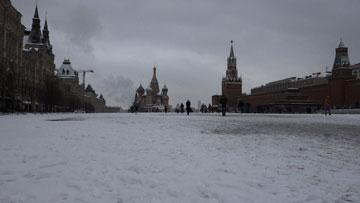